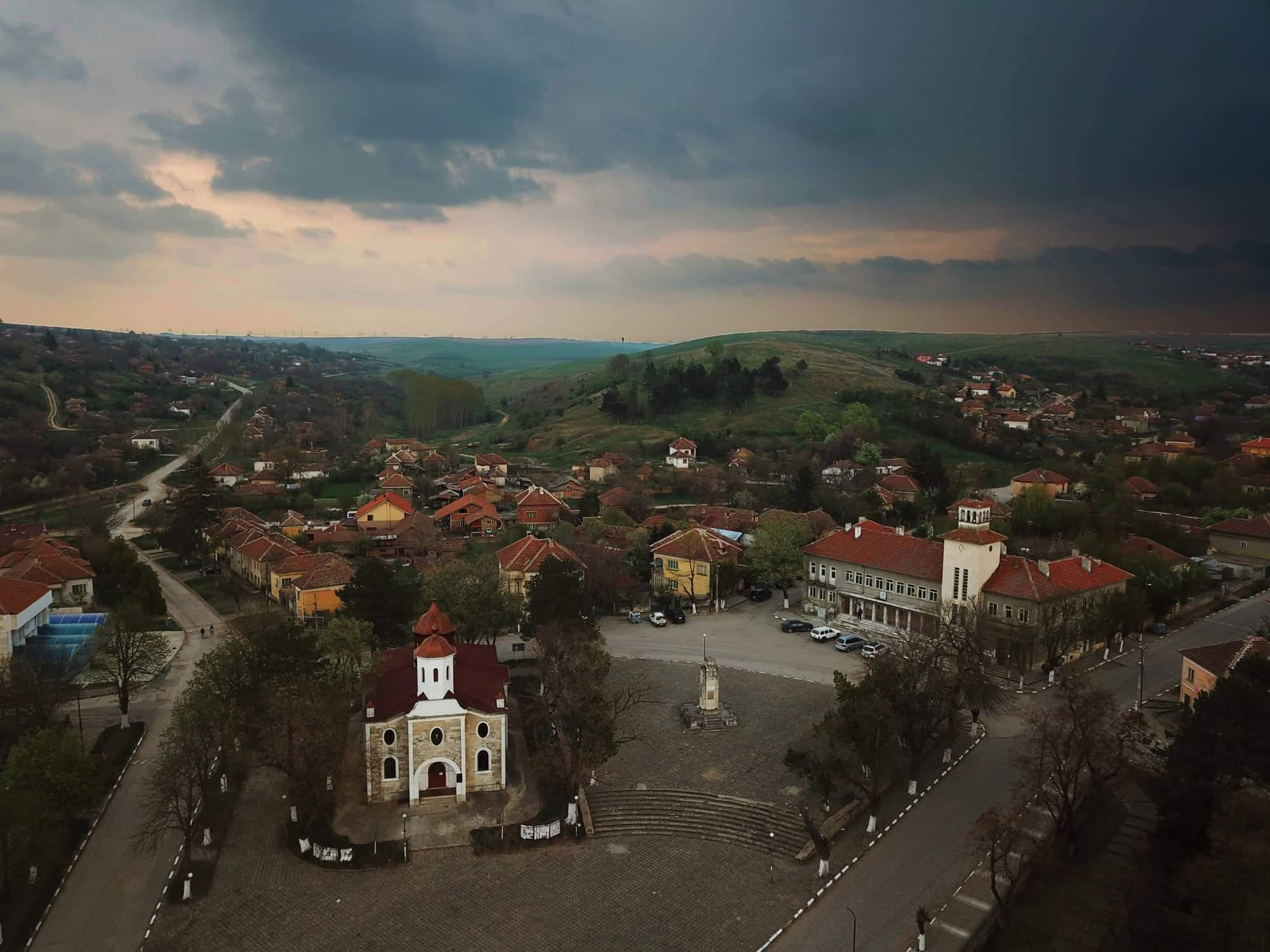 Dignita Foundation, supported by the Embassy of Republic of France in Bulgaria the Embassy of Kingdom of Netherlands in Bulgaria conducted a capacity building training for the women of Galiche for the recognition of gender-based violence. The training was organized to commemorate the murder of 18-year-old Andrea, who was raped and murdered by a young man from the same village in the beginning of 2020. Twenty women took part in the event.

“We are here to learn to recognise potential abusers, to react on time and to provide support to the women who are victims of abuse. We wish to see people, who are victims of gender-based violence take action, because it seems to me that way too many people accept abusive behaviour towards women as normal, rather than to name the problem,” said Evelina Dimitrova, a co-organisor of the event.

“I learned Galiche is very old, probably existing in this location as early as the stone age... And later still, the legend says, Galiche was famous that representatives of Ottoman governance avoided spending the night there fearing for their lives. I learned, unfortunately, that the most recent history of Galiche knows instances of traumatic violence.  That is why we, together with the French colleagues, welcomed the initiative of “Dignita” to empower local women and girls against different forms of gender-based violence,” said Bea ten Tusscher, Ambassador of the Kingdom of the Netherlands to Bulgaria

H.E. Florence Robin, Ambassador of the Republic of France to Bulgaria also addressed the participants: “Who could have imagined a few decade ago the presence of two women Ambassadors in the village of Galiche? But my presence here is not only symbolic, but it is also a testimony to my firm commitment to the fight against all forms of violence against women. I know that unfortunately the COVID-19 pandemic had detrimental effect on the situation of women and many of them were victimised in this period. But I can recall the words of Mrs. Evelyn Regner, Chair of the Committee on Women’s Rights and Gender Equality in the EP: ‘Women are not only capable of overcoming each crisis, but they are at the forefront of the future of politics. Let’s finally make the 21st century as the century of women’”.

Ms Anna Nikolova, a psychologist with extensive experience in supporting women, victims of violence, outlined the key indicators of abusive behaviour, which could escalate to violence. According to Ms Nikolova, when a man tries to control his partner, when he tries to detach the woman from her friends and relatives, when he insults and threatens her, then we can expect that this man will sooner or later commit physical violence. Ms Nikolova outlined the immediate steps that a woman should take if she becomes a victim of domestic violence. Ms Natasha Dobreva, a human rights lawyer specialised in criminal law and protection of the rights of victims, talked about the legal redress of cases of gender-based violence.

Ms Dobreva also discussed the mechanisms for protection of victims of domestic violence as per the domestic violence law. She said one of three women in Europe has been a victim of physical or sexual violence after turning 15 years of age. That is why, no woman should be ashamed if she becomes victim of violence, but rather, she should stand up to the abuse, Ms Dobreva said.

Ms Kamelia Dimitrova talked about the mechanisms for recruitment in one of the most severe forms of gender-based violence - trafficking in human beings for the purpose of sexual exploitation. 97% of victims of trafficking for sexual exploitation are women. Ms. Dimitrova outlined the profile and behavior of traffickers, discussing the most typical way of recruiting victims.

Traffickers gather information about the victim in advance and aim to gain her trust. They shower the girls with gifts and attention until they start an intimate relationship with the targeted girl. Once the girl falls in love with the trafficker and is willing to follow his lead, she is transferred to another city or country and is then forced to prostitute. Ms. Dimitrova outlined the main indicators that show that a girl is at risk of trafficking for sexual exploitation. Ms. Dobreva gave advice on what we can do if we suspect that someone we know become a victim of crime and she outlined the special rights of victims of trafficking. The participants received a short training booklet to help them refer to and recognise early the indicators of gender-based violence. The booklet also included the main mechanisms for protection of women, victims of gender-based violence, including trafficking in human beings for the purpose of sexual exploitation.

Dignita team will continue working with the women of Galiche and consulting themon specific cases  of gender-based violence.

The initiative was part of the project "I Rise!" Empowerment of women and girls from the village of Galiche for prevention of gender-based violence funded by the Embassy of Republic of France in Bulgaria the Embassy of Kingdom of Netherlands in Bulgaria.