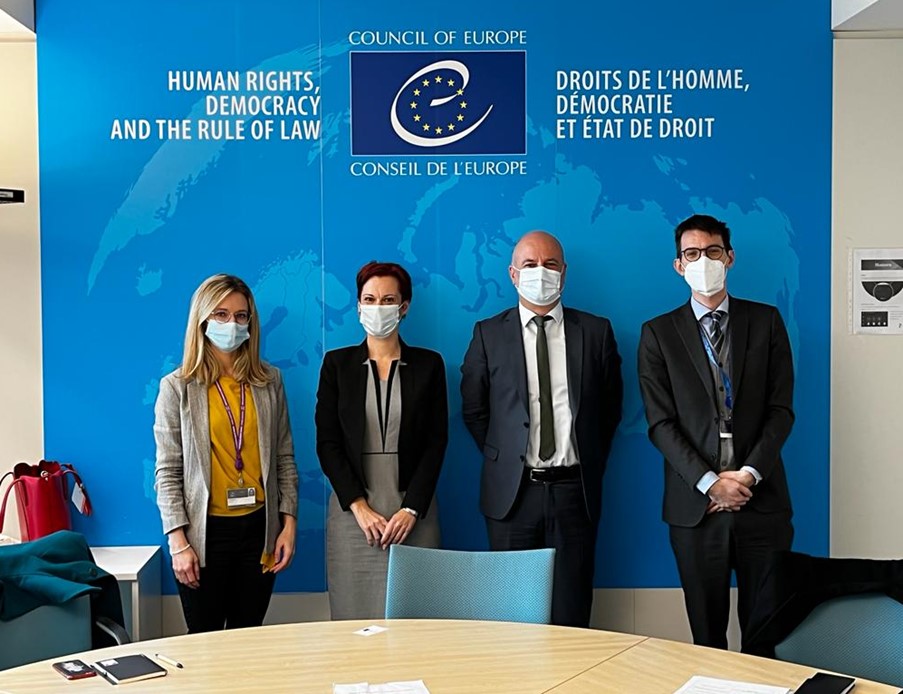 At the invitation of the French Ministry of Europe and Foreign Affairs, Ms. Kamelia Dimitrova, founder of the Dignita Foundation, participated in the Future Leaders Invitation Program led by the Center for Analysis, Planning and Strategy in Paris.

Each year, around 75 promising young leaders from the political world and civil society from all over the world visit France in the framework of the program to hold high-level meetings related to their work.

Ms. Dimitrova spent a week in Paris and Strasbourg in the period 7-11 February 2022, where she met with 20 representatives from the French Ministry of Europe and Foreign Affairs, leading figures from government institutions and the civil sector in the field of combating human trafficking and gender-based violence.

Commissioner Elvire Arrighi, Head of the Central Bureau for the Repression of Human Trafficking - OCRTEH, presented the main trends in the area of trafficking in persons in the country, with a focus on trafficking for sexual exploitation. Commissioner Arrighi highlighted that much of the street prostitution in France has been replaced by the provision of sexual services on the internet. However, the law No. 2016-444 of 13 April 2016 to strengthen the fight against prostitution and support prostituting persons enables women to leave forced prostitution while criminalizing the purchase of sexual services. Changes to the legislation empower sex workers by decriminalizing prostitution and enabling a pathway out of prostitution through the provision of temporary residency status to third country nationals, training and employment opportunities, and financial assistance. Ms. Arrighi stressed that a change in attitudes towards sex workers was underway, not only on the part of the law enforcement, but the society at all.

Ms. Elisabeth Moiron-Braud, Secretary General of the Inter-ministerial Mission for the Protection of Women against Violence and the Fight against Trafficking in Human Beings (MIPROF), presented the 2nd National Plan to Combat Trafficking in Persons and France's Coordination Mechanism to Counter the Crime. 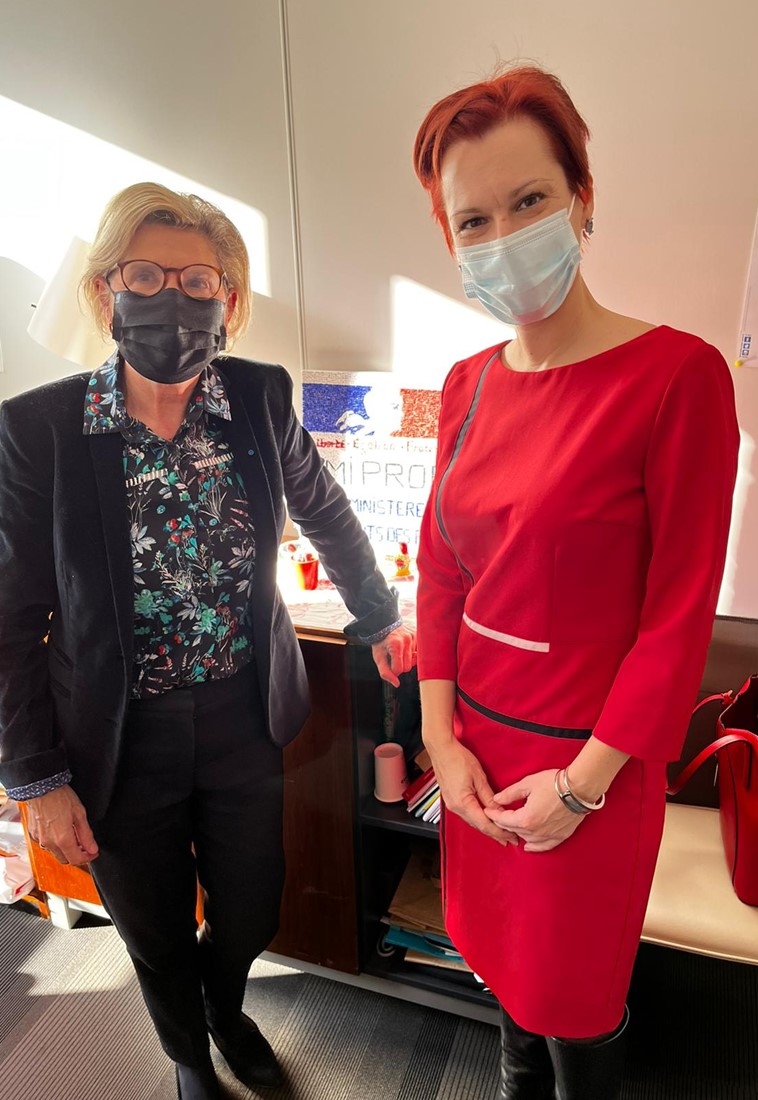 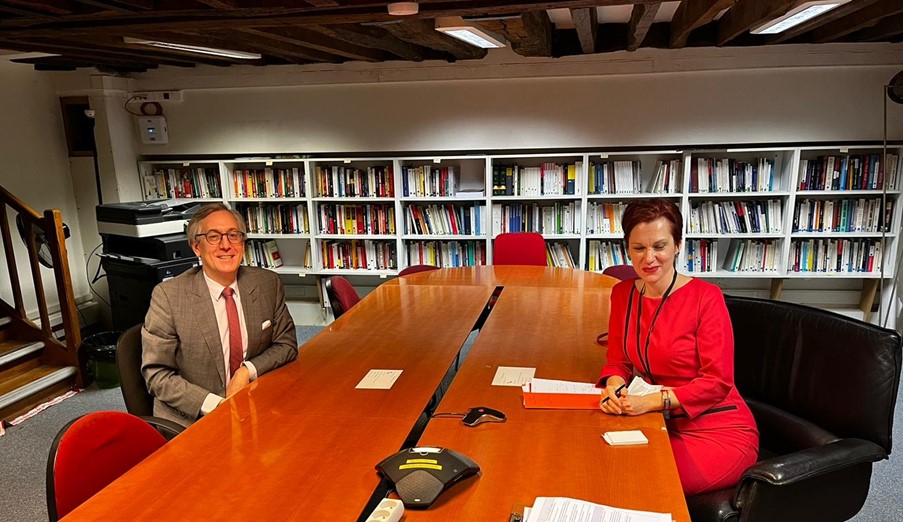 During her visit to Strasbourg, Ms. Dimitrova met with representatives of the Council of Europe and the European Court of Human Rights. A meeting was held with the Chairman of the Committee of the Parties to the Convention against Trafficking in Human Beings and Swiss Ambassador to the Council of Europe, Mr. Christian Meuwly. Ambassador Meuwly presented the role of the Committee of the Parties and asked about the role of Dignita in addressing the recommendations to Bulgaria to implement the commitments under the Convention on Action against Trafficking in Human Beings. Ms. Dimitrova focused on the role of Dignita in working among highly vulnerable groups as well as in providing legal assistance to achieve compensation for victims. Ms. Dimitrova also highlighted the important role of the Swiss contribution in Bulgaria in the field of anti-trafficking and victim assistance in the period 2015-2020. 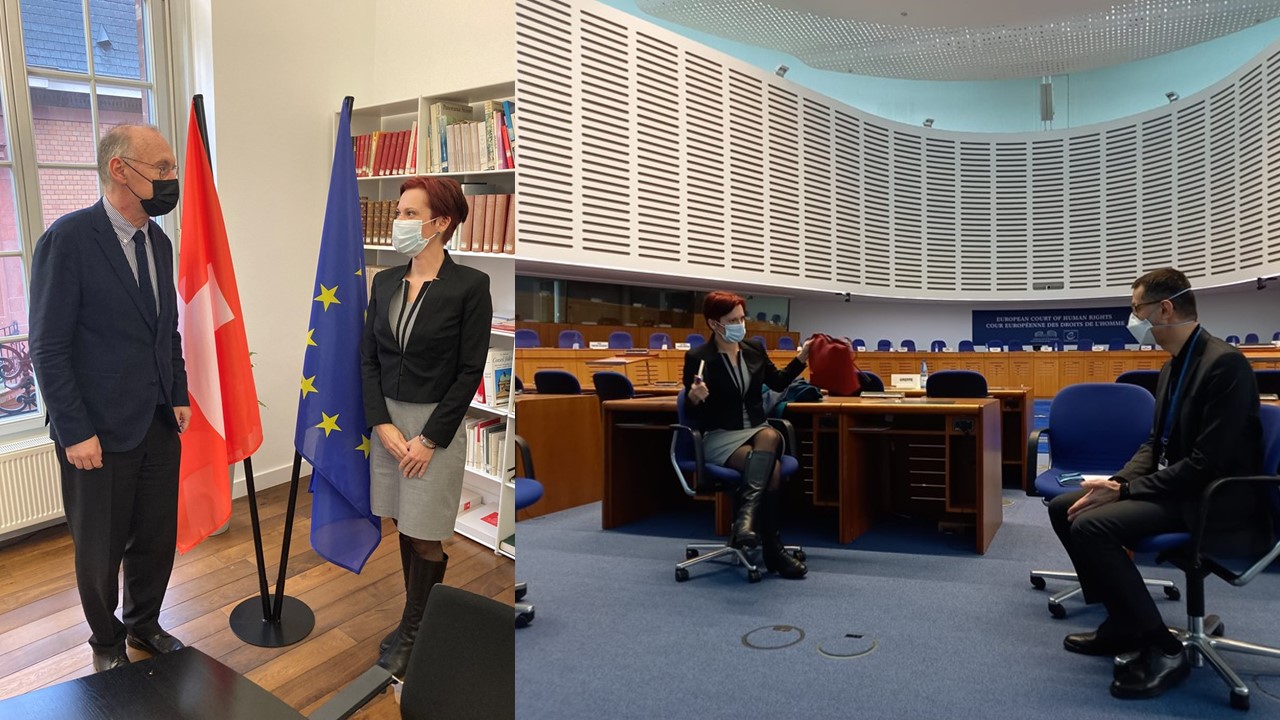